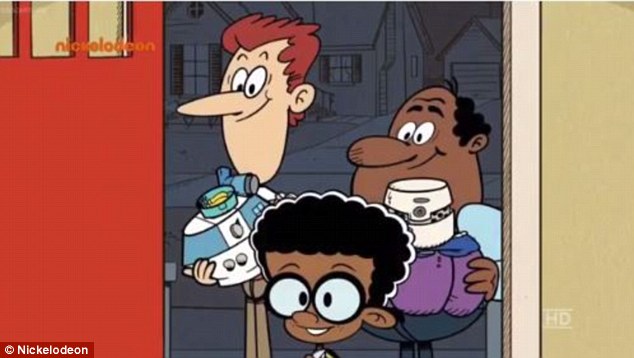 In case you didn’t hear about it recently a cartoon on Nickelodeon called The Loud House introduced an interracial gay couple as parents to one of the characters.

As expected there were individuals and groups that spoke out against it. Mostly claiming that kids are “too young” to be shown gay couples and that gay characters on television can somehow turn kids gay.

It’s been just about three weeks now since it aired and I want to know.

Are any kids gayer now than they were three weeks ago?

It comes off like I am joking but I am serious. Has the episode caused any kids to be gay? I guess only time will tell. But I suspect that if watching eight seasons of Will and Grace hasn’t turned me gay then maybe there is no actual validity to the “monkey see monkey do” gay theory many folks seem to believe in.

Some ask why even include gay characters in kid show.

I think some of it is to show that gay people do actually exist, some of your friends may have gay parents or be gay themselves and there is absolutely nothing wrong with that. The more kids see that in mainstream entertainment the less likely it is that they will grow up bigoted against gay people.

Recently animator Rebecca Sugar explained why she thought it was important to include these things into cartoons that children watch.

These things have so much to do with who you are, and there’s this idea that these are themes that should not be shared with kids, but everyone shares stories about love and attraction with kids. So many stories for kids are about love, and it really makes a difference to hear stories about how someone like you can be loved and if you don’t hear those stories it will change who you are. It’s very important to me that we speak to kids about consent and we speak to kids about identity and that we speak to kids about so much. I want to feel like I exist and I want everyone else who wants to feel that way to feel that way too.

Check out the clip below as the couple, Harold and Howard McBride – voiced by Wayne Brady and Michael McDonald – are taking their son, Clyde McBride, to a slumber party at the Loud house.